In 1960 my Dad, Cecil worked as a construction inspector for Marvin Turner Engineering. He was assigned to overseeing the building of two missile launch sites in the Austin area. There were deep underground silos dug into the ground where the Nike Missiles were to be launched from.

I’ve read that the launch sites were decommissioned in 1966. I think the program was being scuttled before it really ever got off the ground.

There is one off of Bee Caves Rd.

The Command Center, for both launch sites, has now become the Bee Caves Armory, is across Bee Cave Road on a hill over looking the launch sites.

The other was out near Elroy, Texas out east of ABIA and The Circuit if the America’s Racetrack. 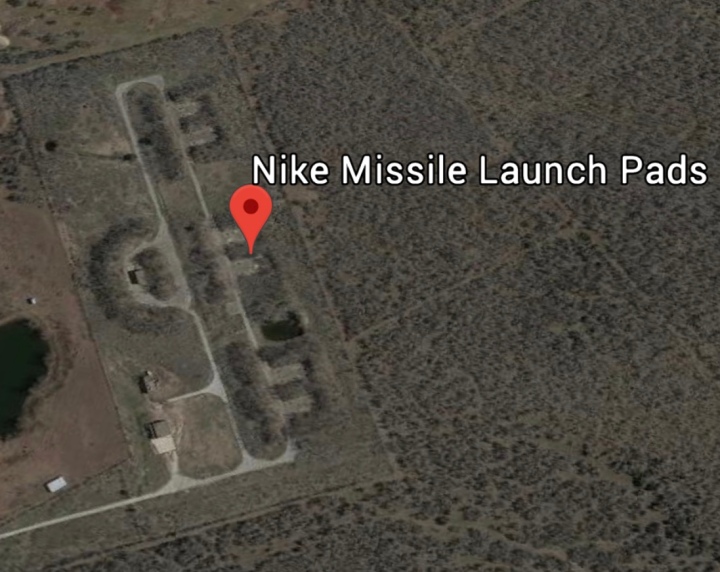 It is my understanding that these were put in place to guard against an attack by Soviet Bombers.

This was a time when many area home owners built “Bomb Shelters” in anticipation of attacks. (I will add another story about my memories of that later)

Of course most people that lived through that time will remember school drills and buildings around town that were designated Public Fallout Shelters.