One day my brother, Kenny, walked into my wood shop carrying a wooden saddle rack, that he had bought somewhere. He ask if I could carve a name and maybe put something fancy on it.

The rack was fairly simple, made from pine, just plain looking.

He told me the story of seeing a saddle hanging in the barn of an old cowboy friend of his. He ask about the saddle and got a complete history of it. The old cowboy had owned that saddle most of his adult life I believe. He told him who made the saddle and what it cost. It was a Buck Steiner saddle. He had set a straddle of it for many many years.

Now as the years had caught up to him, the saddle was just left hanging there. Kenny told him he sure did like the saddle. I’m not sure but maybe after a few visits and talks about the saddle, the old cowboy gave it to him.

Kenny took it to a fine saddle repair shop and had it completely reconditioned.

He wanted the rack to display the saddle on. It seemed like a good story so I asked if I could make a special rack for that special saddle. He said for me to get with it.

I had some wonderful red cedar lumber, so using the other rack as a pattern I went to work. I had never built one before but I just copied the other one. I carved the old cowboys name and where he had spent his whole life ranching on one end and a cattle drive scene on the other end.

When it was all finished I called Kenny to come pick it up. We strapped the saddle on it. It was a magnificent site.

Later that afternoon he took it back to the old cowboy and unloaded and carried it into his living room, where it has remained ever since. 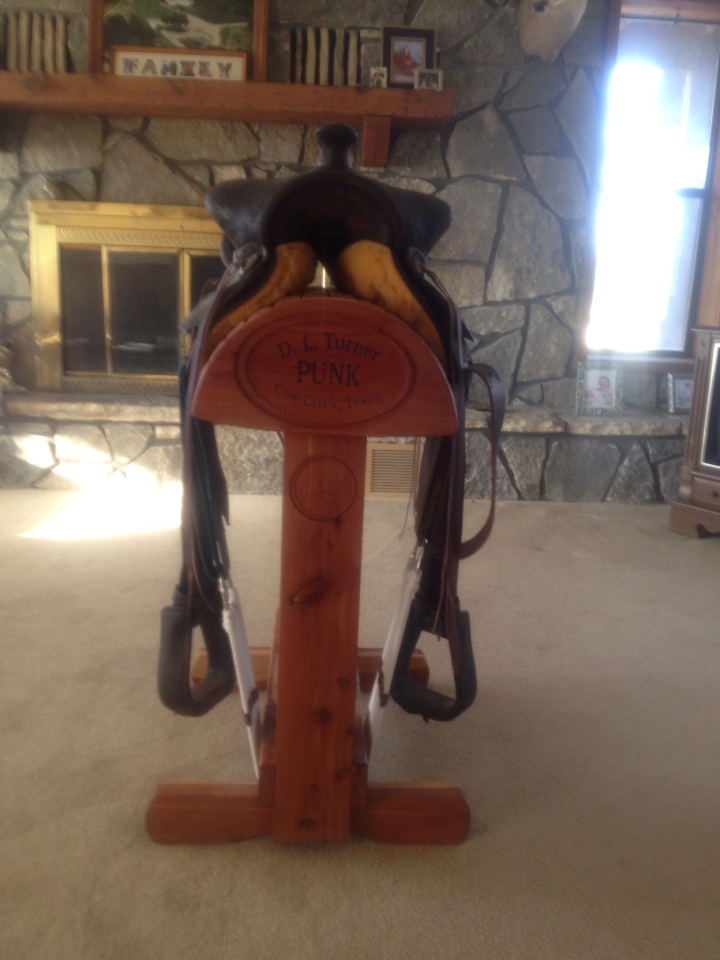 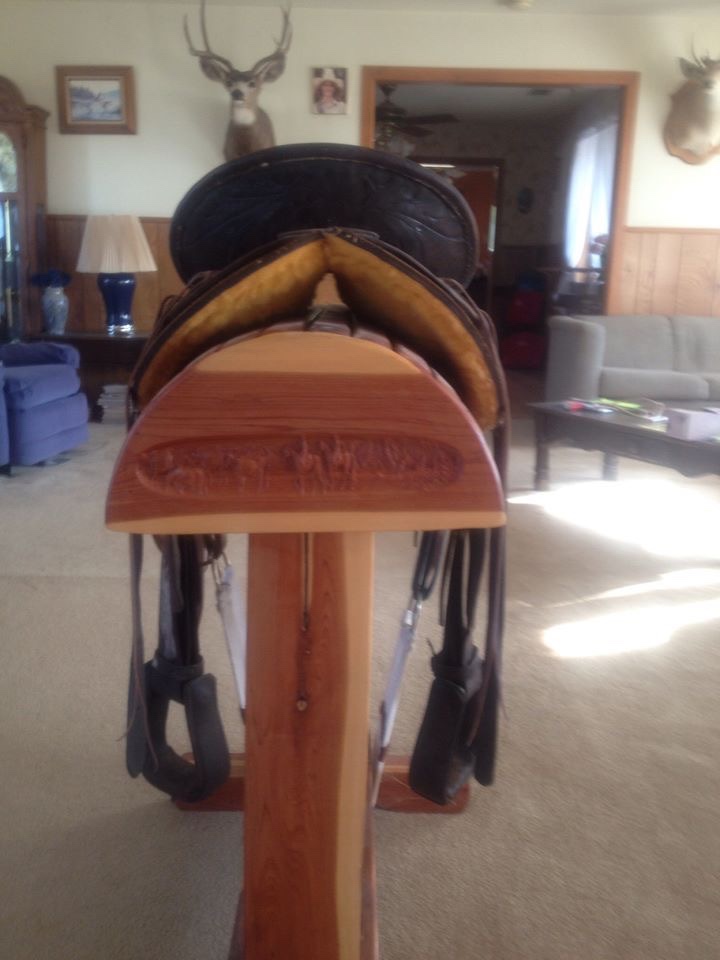 D.L. “Punk” Turner, you are one of the two finest, most honest men to ever set in a saddle. The other being your brother G.H. “Son” Turner.

Punk passed away a few months back. Now the saddle and the rack are adorning Kenny’s living room where he has a constant reminder of what true friendhips are all about.