Back in 1975 we were putting in wastewater lines to serve newly incorporated areas of Austin that had previously been on septic tanks. This was up in the area around North Lamar between Rutland Dr. & Braker Ln.

One of the lines followed a creek that crosses Sagebrush Ln. about a block west of N. Lamar. Just before it reached the next street which was Neans Dr., it came up out of the creek and headed out into the streets as it continued on south. This meant it ran in an easement between two houses. It was a very narrow space between two houses, the brown roofed house and the white roofed house in the top picture.

We were trenching the project with a wheel type trencher. It was a Jetco 7337 like the picture below. Everything had worked fine, depth wise as long as we were off in the creek. But with the increased depth as we came up out of the creek, it left about 3′ of hard rock in the bottom of the trench. After the trencher made its pass, cutting its full 8′ depth, we then drilled holes and loaded them with dynamite to break up the rock so it could be excavated with a track excavator.

That all worked well, except after we loaded the dynamite in the holes, the accepted practice was to backfill the trench with dirt to the top, to keep the rock from flying everywhere.

There was a problem. We didn’t have dirt, what we had were the rock cuttings that were mixed with the groundwater we had encountered. There was a lot of groundwater. Stirring the finely cut limestone and water together created something that resembled pancake batter.

Knowing dirt held the shots down sufficiently, I surmised that the pancake batter like backfill would work even better than dirt, because it was even heavier with the weight of the water added to the dirt.

Each time we blasted we had to employ a firm that would set up monitors around the area to check for vibrations, to insure that our blasts weren’t creating any damage to the surrounding structures. The monitors used were small wooden boxes with a seismic graph recorder inside. Each had with leads a few feet long going out to a little hockey puck looking device that set on the ground. With several of these monitors setup and ready, the countdown started, “fire in the hole” was hollered out and I pushed the button on the detonator box.

It was supposed to be an almost unrecognizable thump we would feel, due to the small amount of explosives used it that application. Knowing it wasn’t going to be much of a blast, we hadn’t moved back very far. Well I want to tell you, when that blast went off it sent that wet white mud all over that end of town or so it seemed. No one in the area escaped having a coating of whitewash on them. The adjacent walls of both houses were completely covered with the white mud and so were the roofs.

After everything settled down we started looking for the young man that was performing the blast monitoring for Frank Bryant Labs. He and all his machines were nowhere to be found.

A little later I called down to see if Linda Enochs, the Lab Manager had heard from him. He had in fact made it back to the shop, covered in the white mud and was almost unable to speak. He told Linda what happened. “Those people are crazy and they are going to kill somebody“, I think was what he said.

When they opened the chart recorder to see the reading, he hadn’t even taken the time to do that at the job-site – which was customary, it showed that one of the readings was completely off of the Richter Scale. It was for the box he was standing close to. The other recorders showed little or no vibrations. All we could figure was he had kicked the hockey puck causing the high reading, when he was trying to escape.

We immediately starting shoveling, washing and brooming away all the evidence of the calamity, before anyone that mattered showed up. Prior to either homeowner getting home that evening everything was back to normal. There was no lasting damage to anything, except perhaps the nerves of that poor blast monitor fellow.

As far as I know he turned in his resignation and found a different line of work. Or at least that was always the joke between Linda Enochs and me.

The line ran between the house that are close together, a white rooftop and a brown rooftop. 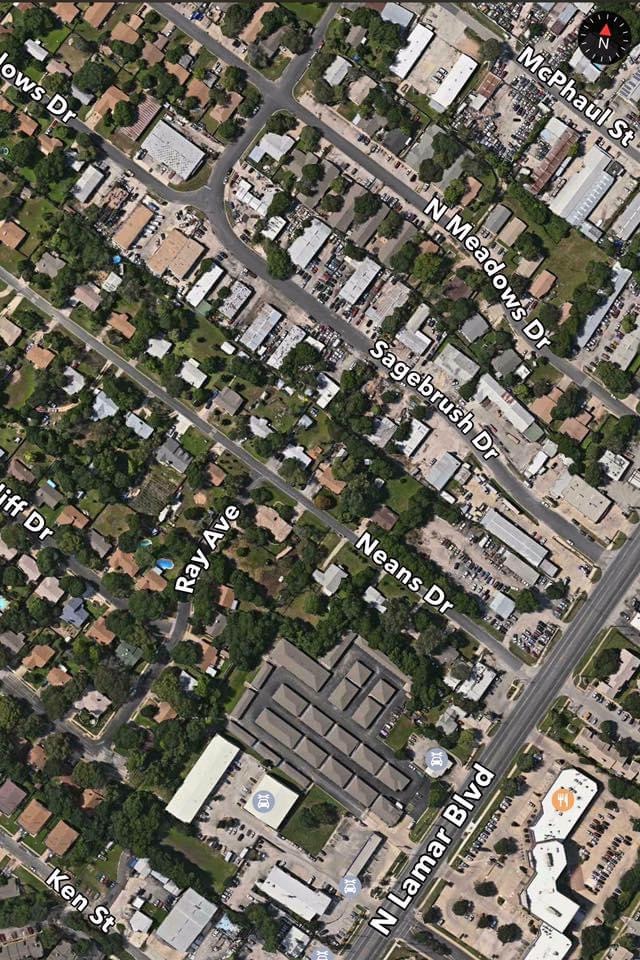 The is a similar Jetco Wheel Trencher 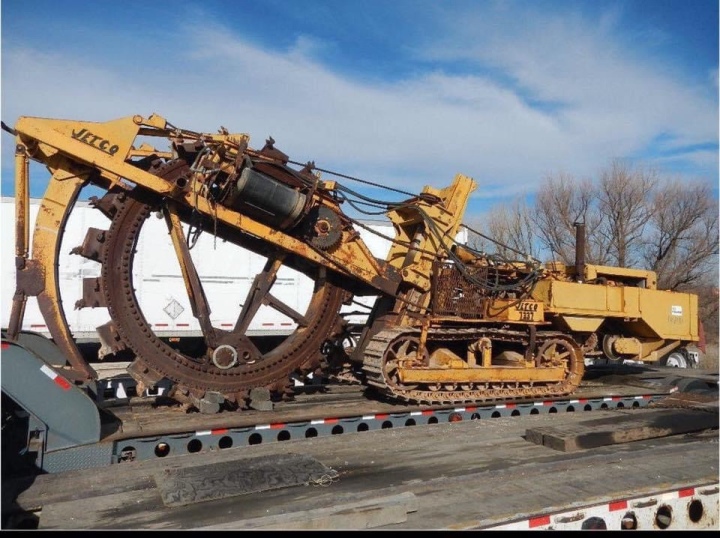 2 thoughts on “An Unfortunate Incident While Blasting Rock”