Here I was a couple of weeks ago, sitting thinking, thinking of my past. I decided 20 years was too long to go without seeing and talking to my ole friend Jim.

Jim and I had once belonged to the same church, played on the church softball team together and between the two of us, we had 9 kids, with only 1 girl in the bunch. We had a lot in common, yet hardly anything in common.

Jim was college educated and had worked in the non-profit world and I barely made it out of high school and was attempting to work in the world of making a profit.

One day he mentioned to me that it may be time for him to make a career change. I was needing someone to help me navigate all the City of Austin BS that was becoming harder cope with each year. A deal was struck and he became an employee in the construction world.

We spent a lot of time together for the next couple of years in the construction business. Then we decided to jump off into a business venture together which really put us together a lot. We were even roommates for awhile, as this new venture was up in the Dallas area and our families were back in Dripping Springs.

After a couple of years, it was obvious that we had not selected the best “third” partner for our new business so we called it quits.

We each went our separate ways, with very limited contact, and eventually we completely lost touch.

Dialing the clock forward more than 20 years brought me to a couple of weeks ago. I put my investigative skills to use and discovered he was living down on Canyon Lake. My wife was out of town and I needed to make a trip to San Antonio I decided I’d stop by and visit my long lost friend. With everyone using cell phones now instead of landlines, it is almost impossible to just call someone on the spur of the moment like we used to. Being able to find his address, I could even pull his house up on Google Earth and practically look in the front door. So I could drive right up and either find him or at least leave a copy of my book at his front door.

The thing Google Earth didn’t allow me to see was it a gated community, or at least I didn’t investigate the situation that throughly. So reaching a stopping point and making a call to the house from a call box resulted in no contact, I made my way to the closest Post Office and dropped the book in the mail. I included my phone number when I signed the book.

Yesterday I got the call. He had pretty much read the book so we spent a lot of time on the phone and texting back and forth dissecting the various stories and me adding links to other tales that are on the Angora Chronicles that he has intimate knowledge of, as he was a major player in several.

Jim, being retired now, introduced me to a project he is now involved in that is so unique and has such great promise, that I want to share it with you.

I must start out by telling you that Jim is an encyclopedia of baseball facts. Actually it extends to all sports, but with Major League Baseball being his true love and speciality. So as you read about his new endeavor, you’ll see how passionate he is about it and how it fits him to a tee.

This is a link to the website for his project. It being related to Alzheimer’s is something all of us should be interested in. Few of us will not be touched by this disease at some point in our lives, whether by having it ourselves or through a relative or friend.

So please welcome Jim Kenton to our group. He has lead an interesting life and it appears he is really involved in something great with this project.

Jim is the one with the shoulder bag 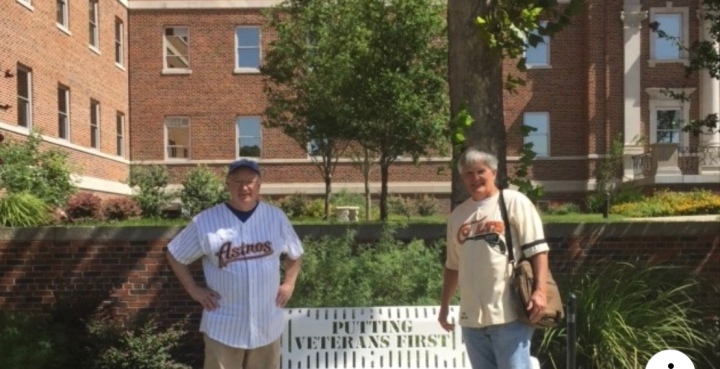