Many probably recall the story about Daynon Lewis, a girl of 13 year of age, found hanging in a little shed behind the family home, back in 1965.

It had a a major impact of all the kids that went to school with her and everyone in Marble Falls.

We have talked a lot on various threads on here about the incident and how no one was ever charged in her murder. It was such a tragic thing.

We all knew her as Daynon, however here name was Laniece Daynon Lewis. She is remembered as a very nice and sweet young girl.

Her murder happened a year before I moved here, so I didn’t go to school with her. However our dads worked together. The picture below shows several of us at a public swimming pool in Seguin in the summer of 1965, where they were working at the time.

Who remembers her well enough to say whether this would be her and her brothers, the 3 on the right side of the photo?

I am the taller kid, holding Tracy Lewis, with Gene “shot” McDuff. 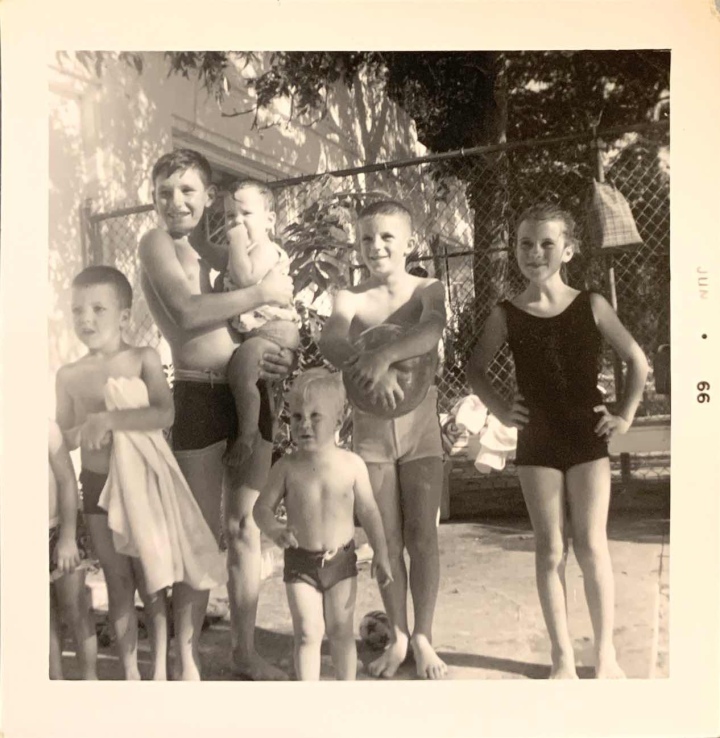 The confusing part is this photograph was developed in 1966, which was after her death.

But with money being tight in those days, it was common for people to shoot rolls of film and not have them developed until a later time.

If this wasn’t them, I have no idea who they are.

2 thoughts on “The Young Girl That Was Murdered Down By Backbone Creek.”