I have over time written several stories about Charlie and Minnie.

That couple has always been a curiosity of mine. They claimed to no have living relatives. But I remember when Minnie died, Charlie had my mother contact some people, perhaps a sister of Minnie’s to let her know of the passing.

There were some people, a couple of ladies and a teen daughter, not much older than me, showed up from Oklahoma to attended the funeral.

I could remember that Mrs. Redd, Minnie’s Mother, it was told was with them when they first came to our family part of the county. Which was a long time before I came along.

Mrs. Redd was what I remember Charlie calling her. She camped with them on the riverbank. She was described as being very elderly, back then, in the 30s and 40s.

I got high behind and started look to see what I could find out about Mrs. Redd.

I found out that Charlie and Minnie were living with Mrs. Redd up in Oklahoma in 1930s. The 3 of them were in Burnet County by the time the 1940 census was done. In early 1951 Mrs. Redd died in Round Rock.

Thus far I’ve been unable to find where they took her to bury her.

I know they had a strong relationship to Jarrell, Texas and Bell County. He would mention it often. 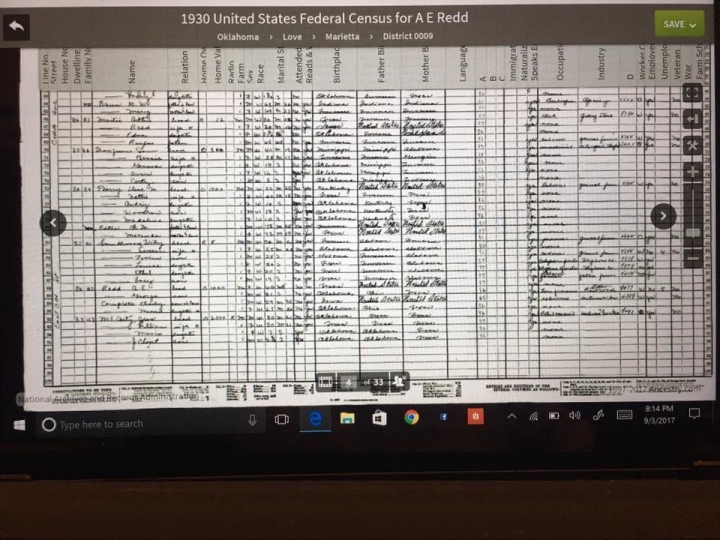 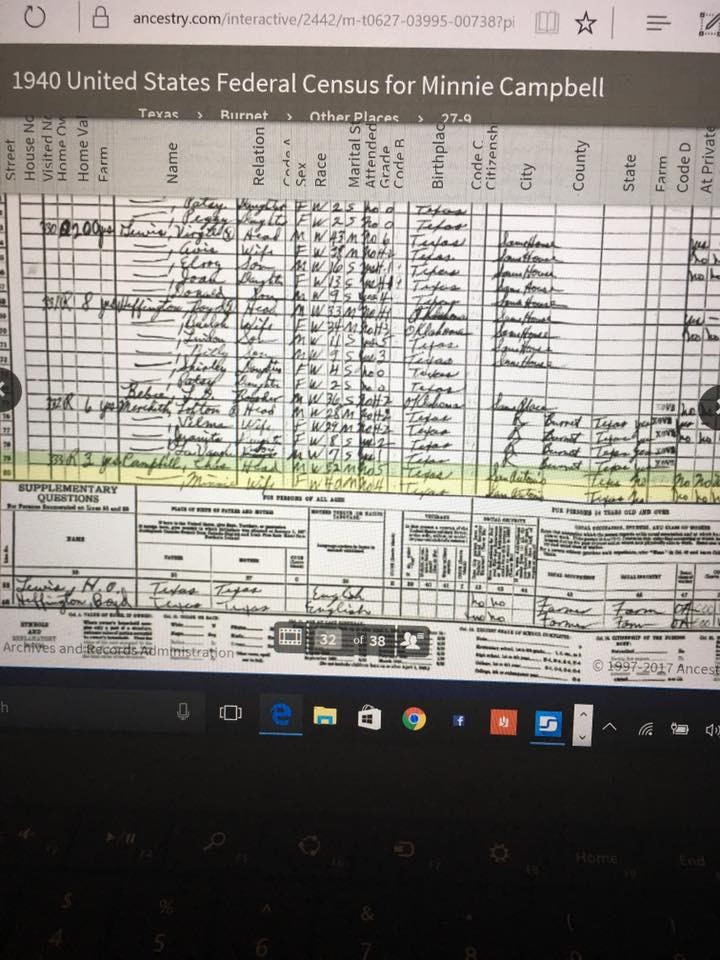 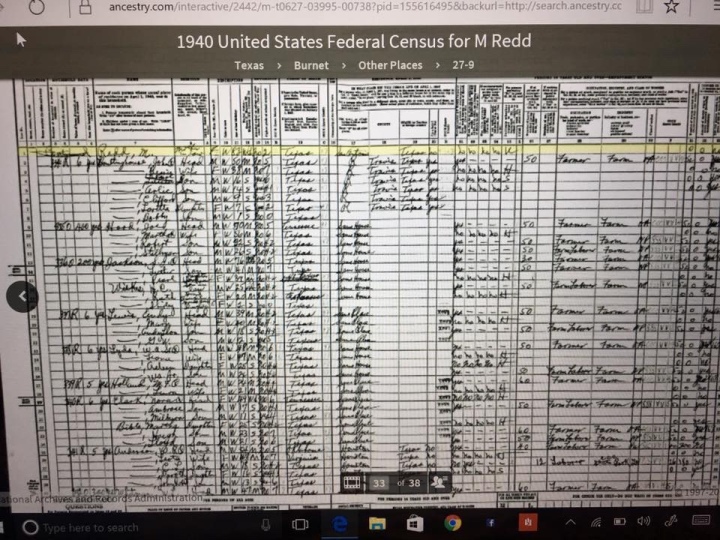 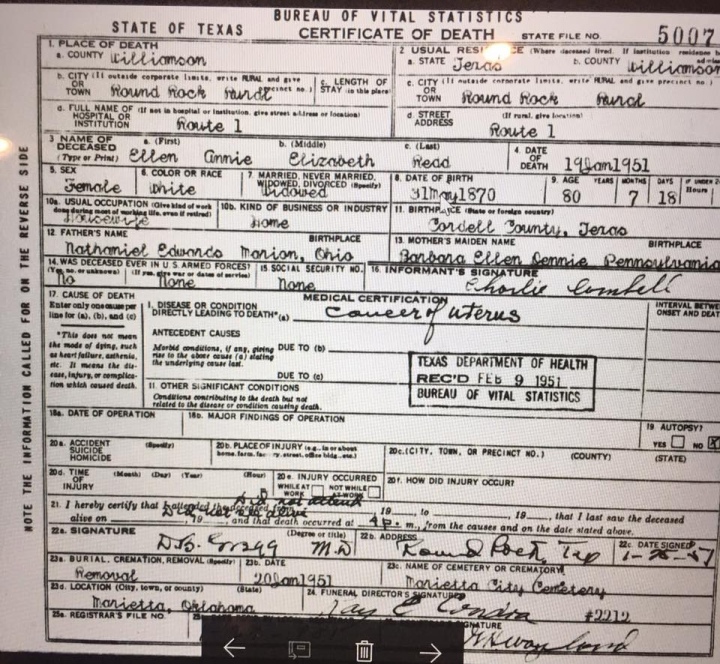 The death certificate says released to Charlie (removal) and he probably told them he was taking her back home to Oklahoma.

But I can’t find a Marietta City Cemetery or Mrs. Redd.

What I suspect is the way those people lived, Charlie got her released to him saying he was hauling her to Oklahoma, and he took her to her favorite spot they had camped at, fashioned a nice box and dug a hole.