Few people ever went long distances prior to the last 4 or 5 decades. If they did it was making a migration to hopefully find a better life.

That was in the summer of 1955. Maw-Maw Nonie and Paw-Paw Theron went with my parents and us to visit folks in California. Kenny and I were both were pre-school age, 3 & 5.

All six loaded up in a new Mercury 2 door car that Cec had just bought. It of course didn’t have air conditioning. Being in the hot summertime Cec bought a contraption called a Car Cooler. It was made to work like an evaporative water cooler, but with the addition of dry ice, it made for a comfortable trip across the desert.

The car below is very similar to the one we had. It was a very classy ride in those days 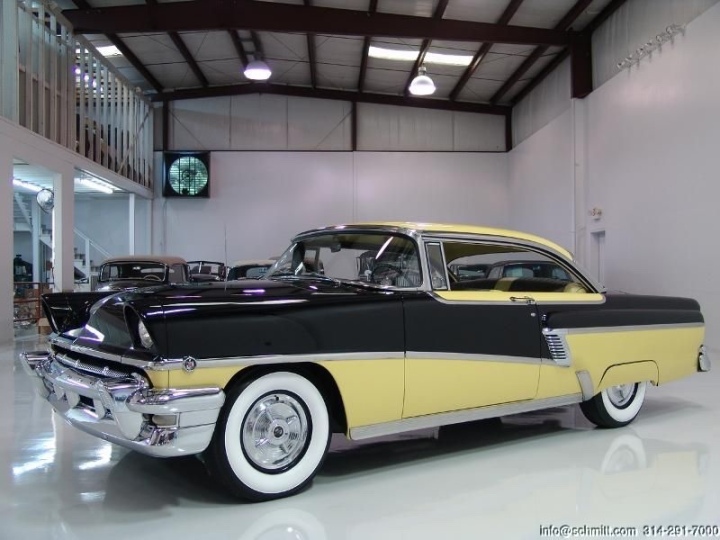 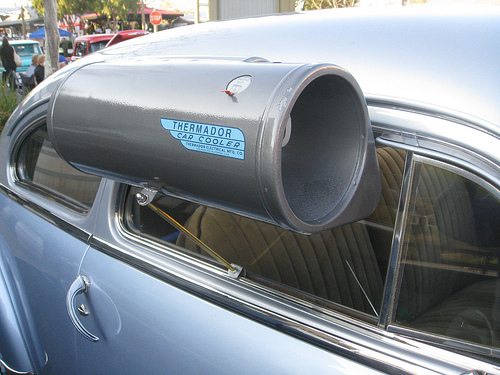 It was a whirlwind trip from Marble Falls to Carpinteria California with a stop off in the Imperial Valley. We drove all the way there, a 24 hour trip, stayed two days and drove straight through coming back. Cecil Lewis drove every mile. He had the ability to drive for very long stretches of time.

I remember them talking about making me a bed up behind the back seat and I spent a goodly amount of the trip up there. I guess that wouldn’t exactly be looked at as safe in today’s terms. But it was a different time.

Cec installed a box in the front floor that was a refrigerator that rode the hump. The gasoline line was plumbed through a coil and the movement of the gas did a remarkably good job of cooling drinks and food off. I have wondered why that technology isn’t used nowadays.

Having cold cuts and bread with us allowed for us to stop only for gasoline and an occasional restroom break.

2 thoughts on “Travels Across The Desert”