LJ lived in Burnet. He and my Dad were friends for most of their lives. They entered the service at the same time. There is a story of them hitchhiking back home to Burnet Co. at some point. Either during the service or when they got out. It was a true Cecil Lewis adventure, as I remember it. I always wanted to visit LJ and get him to recall it for me. I missed that opportunity. LJ passed away before I got around to asking him about it.

Many of my stories are rooted in the things that I learned from LJ. I was around him when I was learning about blasting rock. I was always able to call him if I ever had a question. I think drilling and blasting were his only occupation throughout his life. In retirement he operated an equipment rental business, catering to people drilling and blasting of rock amongst other things.

My first subcontract in the utility construction business was right there in Burnet. I would stop by many days and sit out under the big shade trees with the Henderson’s. They were always a fun couple to be around. I have a few more LJ stories left to write. He really was a character.

A Good Memory Of LJ

I was 10 years old. LJ was drilling a well for us in Smithwick. He got me off to the side to ask me a few questions.

“When your daddy goes fishing, what kind of bait does he use”?

I was more than willing to tell him my daddy didn’t use, bait. He used a telephone to catch fish. He got me to tell him exactly how it was done and how many fish they would get each time.

About that time he reached in his pocket a flashed something, real fast, saying “you see this badge, I am an undercover game warden, I’m going to arrest your daddy when he gets down here because all that telephoning fish stuff is against the law”.

That’s about the time I started trying to explain that I was just saying all that, that my daddy would never break the law.

He got the biggest kick out of that and teased me about it many times in the years to come. He loved a practical joke as well as anyone. 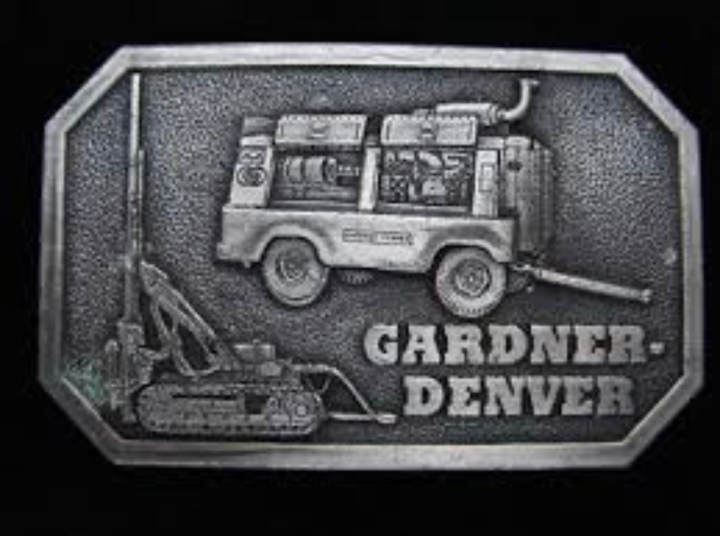 Drilling Some Water Wells In Swithwick

There was one well up on the hill overlooking the lake. After going down close to 100 feet they hit water. When drilling with a track drill, the operator stands right next to the hole being drilled, so all of the dust and rock cuttings being blown from the hole come out and covers the driller. Very few jobs could be dirtier.

When the drill bit reached the water table, that dust turned to mud. By the end of the day, LJ and his helper Dorman Hunziker had mud at least an inch thick covering them from head to toe.

LJ had a brand new gold colored 1962 Chevrolet 1/2 ton pickup. It was a step side with the short wheel base. I was 10 years old. There were only the 3 of us there when they finished and parked their drill rig.

LJ said to me “you can drive can’t you”, as he and Dorman both climbed in the back of the pickup. They wanted to go down to the lake and get the mud off of them. “Sure I can drive”, I proclaimed.

We headed down toward the lake. All was going good until we got to the gate, which had been left open. I failed to line up properly on a fairly narrow gate opening, which resulted in gate post wiping out the right side of that pickup from the front bumper to the back bumper. I knew things hadn’t gone well, but I continued on down to the lake.

I can still remember seeing the grin on his face, showing through the mud, as he stood there looking at the side of that pickup shaking his head. LJ said “well we made it”. After they finished swimming around in the lake to wash the mud off, they came back to the pickup and LJ said, “haul us back up there, but when you get up to gate, just try to hug that post on the right so I don’t have to fix both sides”. I lined up better that time and we made it just fine.

Cec drove up about the time we got back up to the well site. When he saw what had happened and found out I was the one driving, he said “hellfire LJ, didn’t you know that boy couldn’t drive”, to which LJ said “well at least I didn’t get mud all over the inside of my new pickup Cecil”.

This is a photo of a truck like LJ had, except it was gold in color

When I went up to the visitation at the funeral home the night before LJ’s, his oldest daughter,Joy said “your mother’s name was Bonnie, right”? To which I acknowledged that it was.

Joy told me the following story, one I had never heard.

LJ and Cecil were sitting in a beer joint just a couple of days before Joy was born in the early part of 1950. Cecil said, “that baby is gonna be a little girl”. A little arguing went back and forth and a bet was formulated right then and there? If it was a girl, they had to name it after my mother, Bonnie. If it was a boy, Cecil had to buy LJ a case of beer.

Bonnie Joyce “Joy” Henderson was born into this world.

I have talked extensively about blasting rock and handling explosives (or mishandling as the case may have been).

As I’ve said before, my days in the blasting game came early in my life, mostly before I was 30 years old which was up until the early 1980’s. Most of what I learned about blasting rock was from Cecil Lewis or Burnet, Texas legend LJ Henderson. Of course trial and error and being self taught was where I learned the most I suppose.

Since there wasn’t a school to actually go to learn the trade, you start out loading a shot with a little bit of explosives and then increase the amount you use until you get the right results without throwing rock all over the place. Of course there are guidelines that we would go by but given the various types and hardnesses of rock it is a continual experiment.

Often times when me I refused to be patient after setting off a shot, I would want to get back to work too soon and wouldn’t let the air clear out of all the noxious fumes. Breathing those fumes would lead to some mighty powerful headaches.

Dynamite headaches are the worst kind of pain, up there with migraines. Either Cecil or LJ told me a remedy for these you could either wait it out, because aspirin did no good, or if you would ingest a small amount of the dynamite the headaches would subside within minutes. So that’s what we would often do. Put a pinch between our cheek and gum or sometimes just swallow it.

I’m not sure what it did but it worked. I guess no worse than taking a nitroglycerin pill.

Some of the old timers used to say “don’t chomp down on it, cause it may blow the teeth out of your head”. So not wanting to risk blowing the top of my head off, I swallowed it or let it slowly dissolve in my mouth. I figured I needed my teeth and all the rest of my mouth. 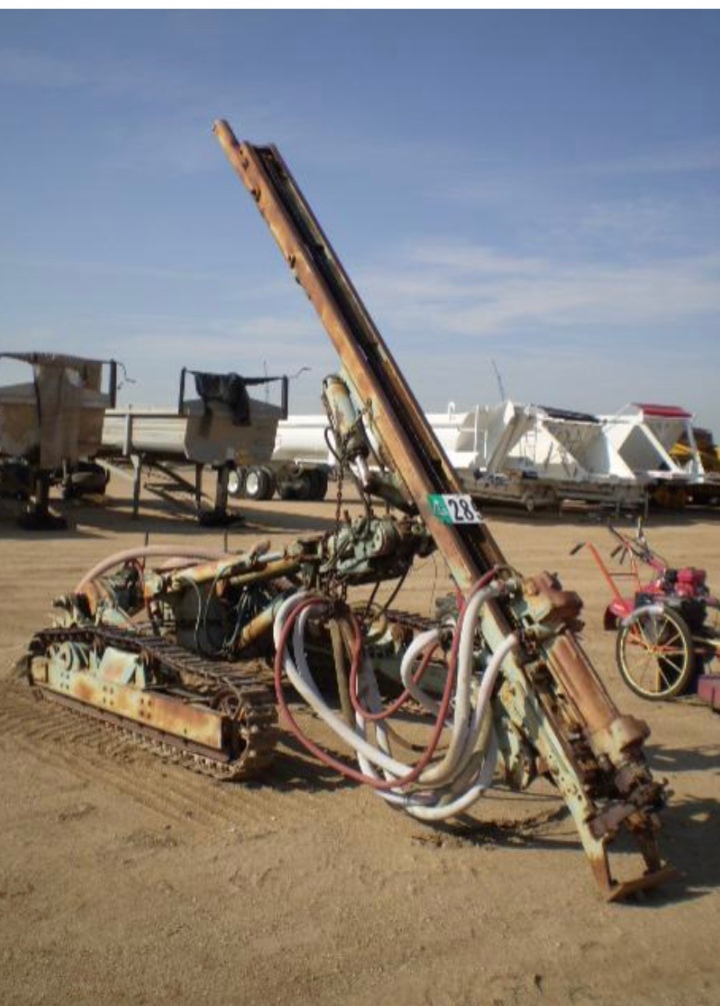 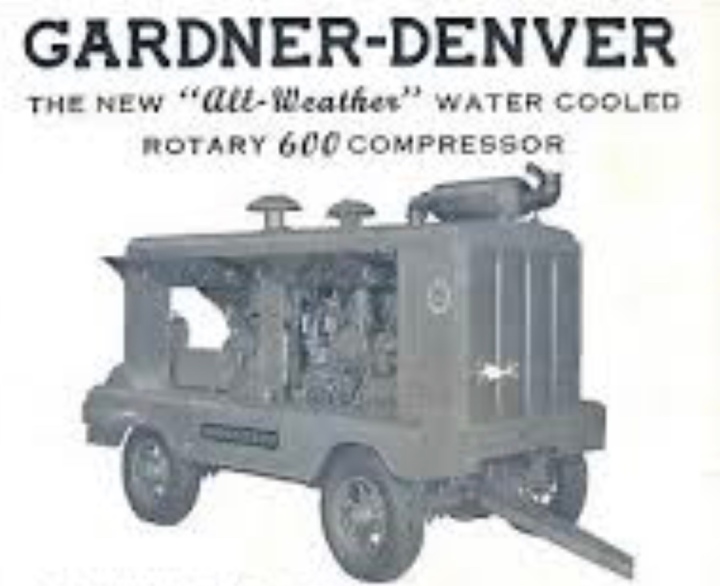 2 thoughts on “LJ Henderson – The Best Blaster In The Country”