As much as I have written about Dink and his ability to talk me into things, I was able to get one thing from him that I really wanted. He wore a lot of jewelry, including gold chains when they were the thing back in the 60’s and 70’s.

He had a ring, a pinky ring that he wore. It was a really unique ring, gold with a brown diamond. A large brown diamond was a Calf’s Head cut, about the side of a pencil eraser. I knew he really liked that ring but I would always try to trade him out of it. One day he was in a bind and needed a little money. I can’t really remember the amount but it was a few hundred dollars that I gave him for that ring.

I took it and had I sized for me and wore it for a while. I liked it but wearing a ring just didn’t work for me. So I put it away. It’s still put away 45 years later. However I did have it appraised for insurance purposes almost 40 years ago. The appraisal came back with a staggering $5,500 value.

All these years later I really wouldn’t want to part with this ring. It’s just a good keepsake. 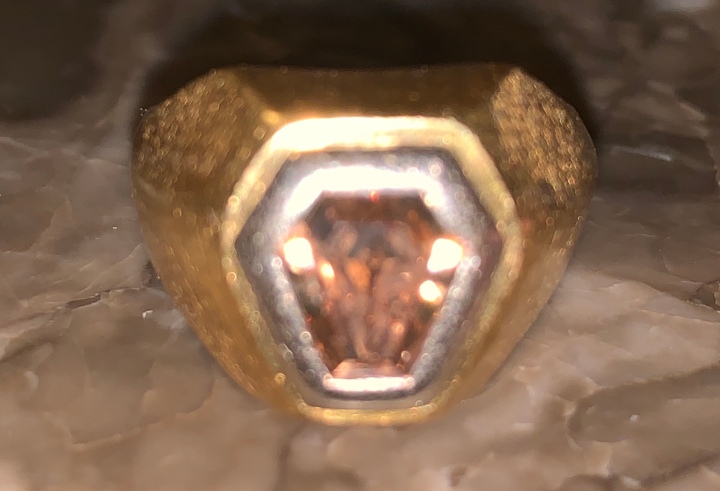