When we were kids going to school in Jollyville, there were the Reeves boy’s that were the same age as Kenny and me. Donnie was Kenny’s age, while Danny and I were in the same grade. We often visited each other’s house and played together.

Then the Reeves’s cousin Elvin Horner came to live with them. He was Kenny and Donnie’s age. The Reeves family moved and we lost touch with them. That was about 1963.

By the mid 80’s I was awarded a contract to construct a development project in Round Rock. When we got started building it, I figured out that one of the major partners was Donnie Reeves. Since that time, Kenny and I have continue to cross paths with Donnie around Austin. He has a commercial air conditioning business and we have the same insurance / bonding agent.

Back in high school, when we were showing Angora Goats at the San Antonio Stock Show, one day Kenny and I headed out to find a convenience store near the fair grounds. When we got ready to checkout, it was none other than Elvin working the cash register. He had moved back to San Antonio to live with his dad. After that encounter we never saw Elvin again. That was probably in 1968.

By the early 90’s Kenny had been married to his second wife Shirley for several years. Out of the blue they were talking one day when the name Elvin Horner came up. Being a “not that common” name, Kenny inquired as to how she knew Elvin. Shirley’s mother had married Elvin’s dad and they had grown up in the same household as brother and sister. That marriage had ended in divorce years before and she too had lost track of Elvin.

What was the chance of that happening?

Below is a photo taken in 1961 of the Reeves Brothers, Elvin Horner and the Lewis Boys. 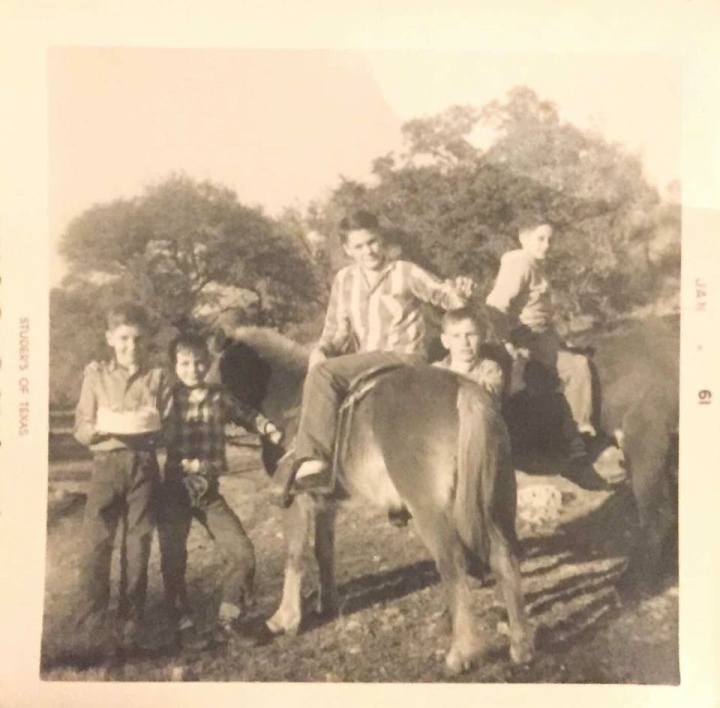