When I first started in the underground utility business, almost 50 years ago, excavator buckets were all flat bottom, mostly lighter weight buckets made for digging in dirt. We dug rock with them by day and welded on them by night.

For some of our harder digging we started welding ripper teeth pockets on the back of our heavier buckets. The ripper shanks were used to contact with rock by curling the bucket inward and dragging the ripper into ledgey rock and even in blasted rock. They worked well most of the time.

Bucket with a single ripper

Another ripper type bucket was built by Wain Roy. It had a series of ripper shanks permanently welders in various places on the back of the bucket. They worked well, but had their limitations when digging around existing utilities. 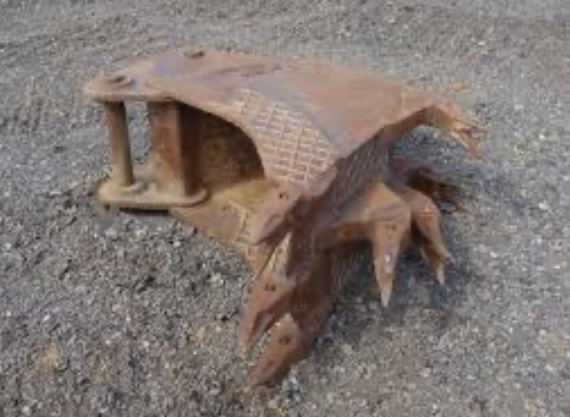 In the mid 1970s  in our area of the country, Central Texas, we started seeing V bottom buckets. I’ve been told that they were originally developed to use in wet sticky mud. The V kept the mud from sticking in the bucket that was a common problem with flat bottom buckets.  Soon thereafter it was discovered that they worked well to dig low grade to medium hardness rock. We called them ADCO Buckets, the name of the manufacturer. They started manufacturing them heavier so they would stand up to digging to the brutal treatment of digging in harder rock. We even started using them to excavate blasted rock. The creation of those buckets caused production to go up considerably. Eventually Hensley bought out ADCO. These buckets have been most widely used for 40 years in our rock trenching areas.

My favorite bucket for digging rock is the Leading Edge Bucket. We started using them about 15 years ago. They revolutionized digging rock. I often compare the step up in digging production from a flat bottom the V bottom is almost the same difference we see now between the V bottom and the Leading Edge Bucket. We have used them on everything from 200 class to 1200 class machines.

Other companies came up with buckets of varying designs. Today there are so many different designs, it’s hard to figure out what they all do.

Almost completely before my time there was a heavy class of bucket that was used on cable hoes. They dug a lot of rock with them. With the cable machines the operator could drop the bucket in a free-fall letting the teeth impact rock with such force that it was break it. Some types of rock worked better for this removal than others. It was generally slow digging but much faster than other methods at the time, when in an area blasting wasn’t feasible. They also used these machines when digging blasted rock trenches. 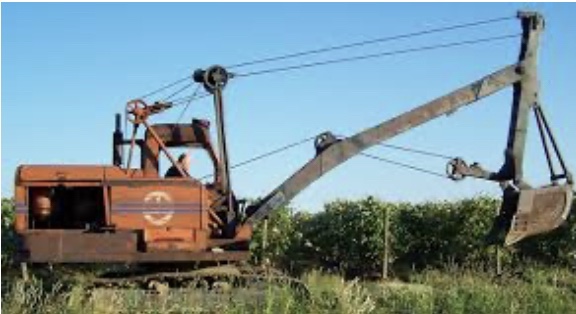