Bonnie Gay would have been 87 today. She grew up poor, in a very large family. She was the 8th out of 11 children. Her father died when she 9 years old. She married at 15, had her first child at 17. She waited until she was 19 to have her 2nd child and that was me.

She only lived in Smithwick and Jollyville her whole life. She was a friend to many and an enemy to no one or nothing. She was a deadly shot with a Winchester 30/30, lever action rifle with open sights.

She wasn’t very big, maybe 5’2″ tall. She is the only thing that Cecil Lewis was afraid of, including beasts, crazy people and the IRS. I don’t remember her being afraid of anything either. Bugs, spiders and snakes didn’t cause her to jump. There were only two foods that she wouldn’t eat. Celery, I can’t imagine why, but she detested the taste of it. The other was tea. She didn’t like it sweet or otherwise. She would taste it when she sweetened it and would shudder, but knew when it had the right amount of sugar in it. She always made it sweet for me and another pitcher of unsweetened for Kenny and Cec.

Few women cut up and packaged more venison than Bonnie Gay. She had the hacking it with the edge of a saucer (as in a cup and saucer) to tenderize it and then soaking that deer meat in milk down to a science. Her gravy wasn’t white gravy. He browned the flour just slightly, to give it the Bonnie Gay flair. She did cut corners a little on one thing. She loved canned biscuits. I never begrudged her on that. It was one of the only easy things in her life.

She washed out and saved every milk carton. That’s how she packaged and froze catfish. Fill them mostly up with fish, but leaving just enough room for water to completely surround the fish.

I remember her as being cold natured, but had the warmest heart. She never complained, but she didn’t let anyone run over her.

She drove fast, but carefully. I’m not sure, but I doubt she ever got a speeding ticket or had a serious wreck.

She was the perfect mother for two wild boys, but she adapted to become the perfect mother to her nieces, Joy and Jan that she raised as her own from from a young ages of 4 and less than a year, when her sister was tragically killed in an automobile accident within months of me leaving home after high school.

She only had one job outside of the home. That was at the MF Post Office, not long before she died. She did janitorial work there. She loved going there every day. It really gave her purpose. She didn’t want to have nowhere to turn if she was left alone, since her husband hadn’t done a very good job of taking care of his health. But as things happen, she went before him. She was only 57.

While Bonnie Gay was not a regular church goer, she had a faith within her. At her funeral, the preacher seemed critical of the fact that she hadn’t been faithful in attending church. I’m sure he had a point, but it was a clumsy way for him to say it. I thought she deserved higher praise than she received that day. I think she got it from all, except for the person delivering her eulogy.

I didn’t set in judgement of her, but I kind of did of the preacher.

Her CB Handle was Hummingbird. She was flitting around like a hummingbird everywhere she went.

(Sorry for using the word she so many times in this story, but that’s the way it is) 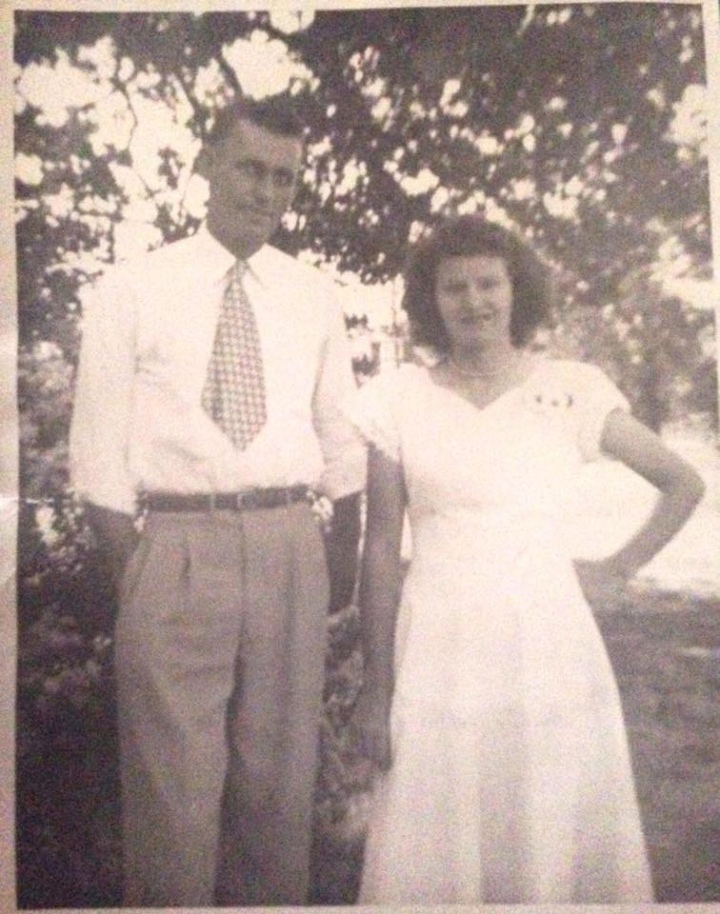 One of the last photos they did together

9 thoughts on “My Mother”