Back in the 50s and 60s there was a community that I well remember. It was a suburb of Cedar Park. Of course in those days, Cedar Park really wasn’t big enough to have a suburb.

Shortly after you turned west on FM 1431 off of US 183 (of course in those days there wasn’t a FM 1431 going east) you would start to see little shanty houses along the highway and out across the railroad track. All the houses were white. Not necessarily painted white, but covered in white dust. The scrub oak trees were all layered with a white dust. It was hard to believe that those houses were habitable, but there were people coming and going with kids playing in the yards.

As you drove farther west, it would become evident where all the dust was coming from. The White Stone White Lime Plant would be billowing white smoke like dust out day and night. After you drove another 1/2 mile towards Jonestown everything would turn back to a normal looking landscape.

There was a little train yard engine, pictured below, that would always be there ready to pull hopper cars down to the main line on the other side of US 183.

As more and more people moved to the area and environmental rules and laws were enacted, the old Whitestone White Lime Plant shut its doors.

Now about all that is left is the name. White Stone Wine, White Stone Blvd. & even Whitestone Civil Construction Company. The later being the company my oldest son Matthew formed a few years to follow his dreams of building an enduring enterprise. He lives in a neighborhood that’s just a stones throw from the old town.

This from the Texas State Historical Association 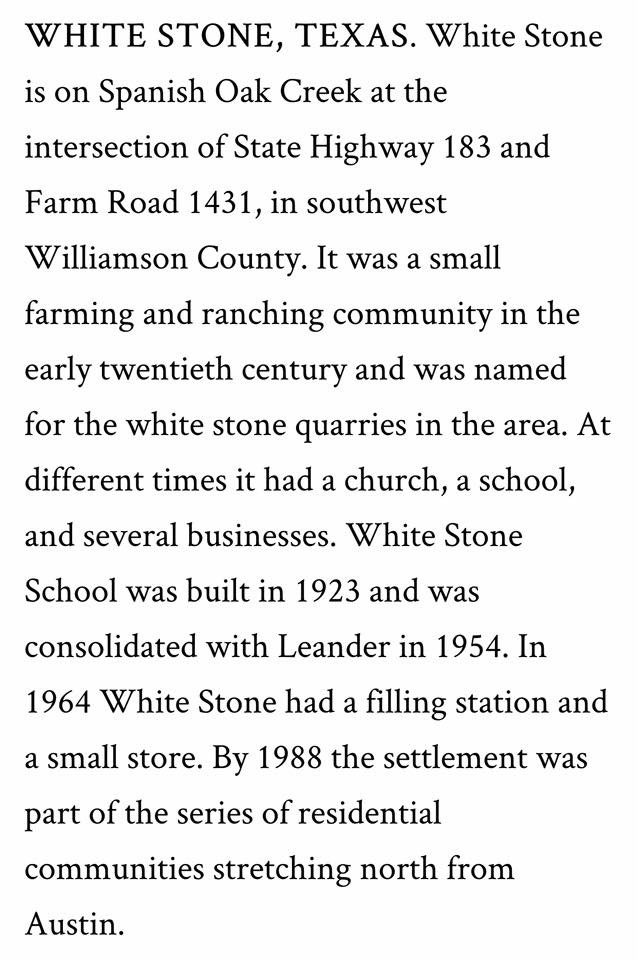 On many high rise buildings around Texas (and as far away as Washington DC) this type of stone cladding has been used. It’s fossilized appearance gives it a very distinctive look. It has been used for decades on schools, museums, office buildings and even the San Jacinto Monument. It is mostly referred to Cordova Fossil Stone (trade-name). It seems to be mostly all quarried out now, with other types of stone taking over.

While it was a very unique stone, it tended to turn black in color over time, leaving a less than desirable appearance.

There were several quarries west of the Austin area a few decades ago. The most visible quarry a few decades ago was on RM 1431 at Lime Creek Rd. , now a part of Anderson Mill Rd. , in the unincorporated town of White Stone. It is now a part of the City of Cedar Park. (An aerial shot of that quarry is the last photo below)

There you could see many large blocks of stone that was left after the most desirable blocks were taken to produce the cladding. Now the huge boulders have mostly been broken down and crushed into road base and other aggregates. 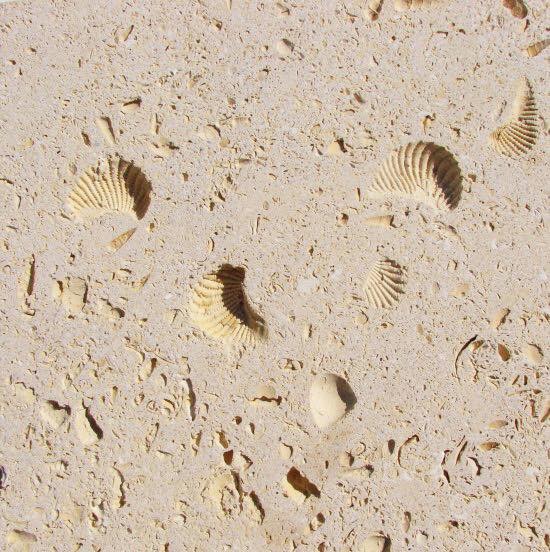 While looking for something else I ran across this cemetery that has but 4 graves – The Bonnet Family Cemetery.

Besides it being a small family cemetery, it is in the middle (or at least to one edge) of a rock quarry.

It appears that all the surrounding rock was blasted away, leaving this burial site on its own little island at the ME Ruby Quarry site.

So much for “resting in peace”. 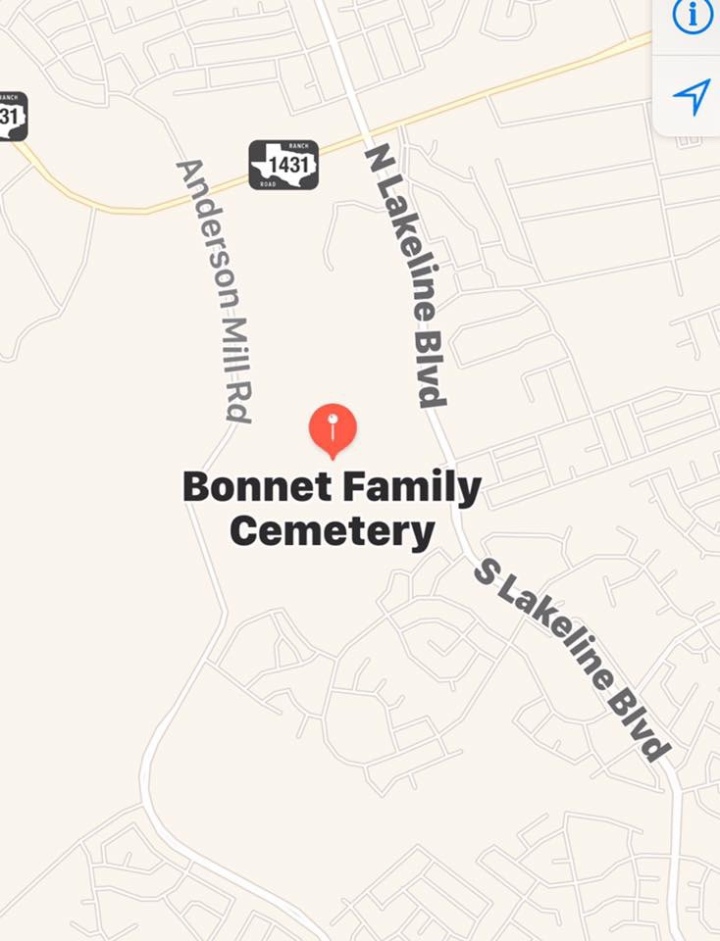 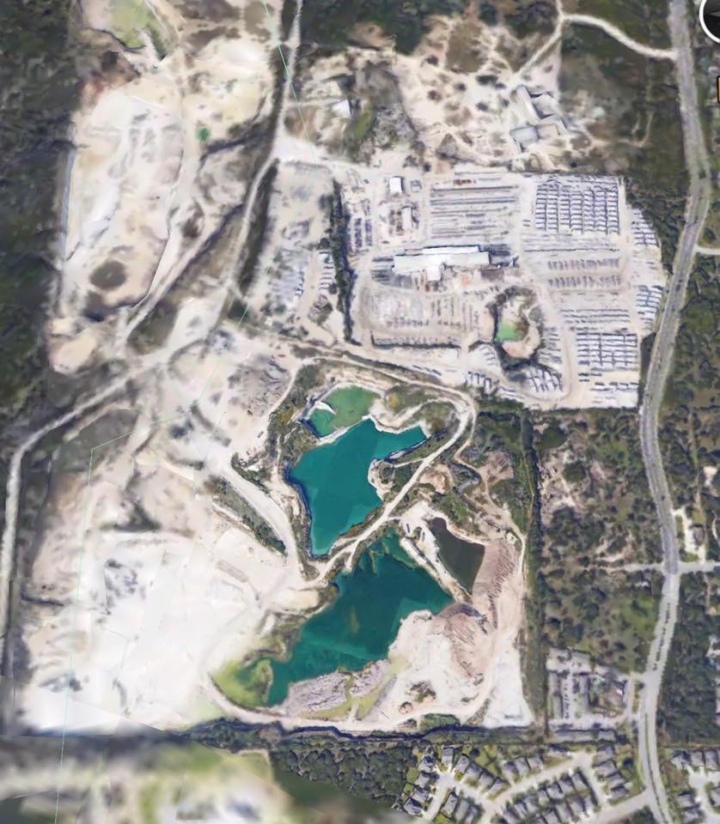 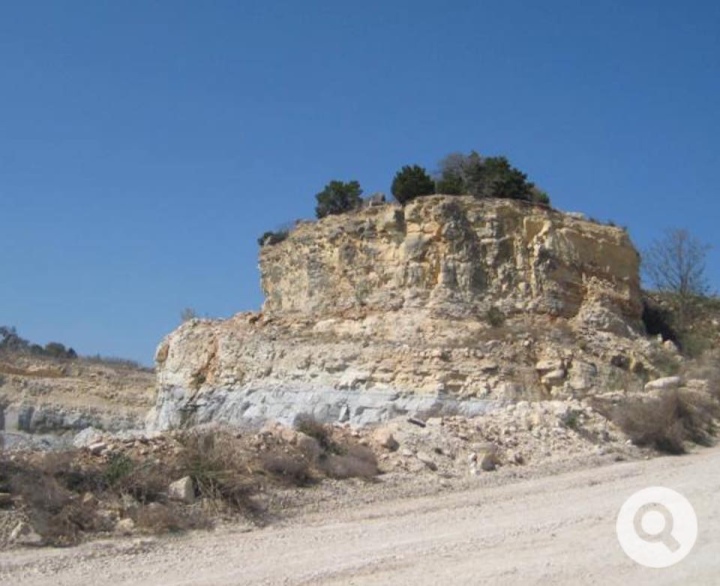