Back in the 70’s we had a band of brothers that came to work for us. They were hardworking, honest to a fault it seems like and a little bit crazy. When I say “honest to a fault”, I mean that they gave you a better days work than maybe they should have, as in it seemed like they were killing themselves to be sure you knew they were earning their pay.

Larry, Richard and Conner were their names. Larry was a little older than me, Richard was about my age and Conner was a bit younger.

It was easy to tell they had grown up hard. They were rugged folks. 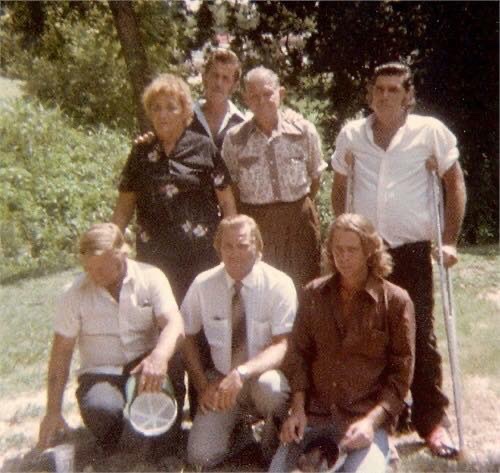 They weren’t around all that long, maybe a year or so, but they left a lasting impression on me. The 2 younger ones left first, pursuing other endeavors. Larry then took a job down in Houston. Seems they had a sister that had married well. Her husband’s family had cranes that worked in the Houston Shipyards and offered Larry a chance for more there, to do better for his family. I wished him well.

They lived on a little piece of ground just out of Bastrop. He had ask if he could swing by the office and pick up his final pay on his way to Houston.

That morning I looked up as he drove into the yard. He was driving a 1963 Stepside Longbed 3/4 Ton Pickup. He had everything they owned stacked high in the bed of that pickup, tied to the top of the cab and even some belongings lashed to the front bumper and grill.

Down both sides from front to back were wooden cages tied on, each filled with fighting roosters.

He had left it to where he could partially open the drivers door to get in and out.

In the cab of the pickup was he, his wife and no less than probably 6 kids, ages 8 or so down to an infant.

Larry got that last check, loaded up and off he was headed to Houston. I’ve played that scene over in my mind many times during the past 40 years. The big grin on his face as he left out, knowing there were good things ahead.

Some time several years later I passed an old truck in Bryan, Texas that had a crudely painted sign on the door the said “Larry’s Tree Service” with a phone number. I was certain it was the Larry that I had once known. I wrote the number down and called him when I got back to the office in Austin. Sure enough it was Larry. I guess things hadn’t worked out on the the docks in Houston, but he sounded content. I asked about his fighting roosters. Yep, he was still doing that. I told him I’d look him up when I got back over to Bryan, but I never did.

I wish I had of. It would have been an interesting visit I’m sure.

Oh how I wish I’d have had a camera that morning to capture that old pickup driving away.

Then something magical happened:

One of the nieces was searching Facebook, looking for a long lost cousin, Conner Jr. My original post popped up, she messaged me and then we were able to hear from several Nichols family members.

Below is a link to that original post, so you can enjoy the exchange we had in the comments.