The lady from down under the hill that owns one of his lease pastures called to say there was a hog back in the hay field. Kenny headed that way, it was just before dusk last night.

He could see a really big sow out in the middle of the field. He leveled down on her with his .223 and pulled the trigger. She didn’t stay down, so he shot again. She ran for the thick brush. Knowing she was injured he grabbed his 9mm pistol and went in pursuit.

He found her laying down but still alive. He shot her once more. She got up and angrily charged, knocking him down face first into an old craggy cedar stump with a piled off honeycomb rocks all around it. So he isn’t sure whether it was the stump or the rocks. “It’s hard to pay that much attention to your surroundings, when you have that much blood running down into your eyes”, was his comment.

Luckily the fight was out of her by then. He fought his way out of the underbrush and then got tangled up in a rusty barbed wire fence.

But all in all, as bad as it looks, it’s not nearly a bad as it could have been.

The Lewis men have always been a tough breed, so Ken is off to take care of business today, after he stopped off to get a tetanus shot.

He sure does remind me of his old daddy, Cecil Lewis. 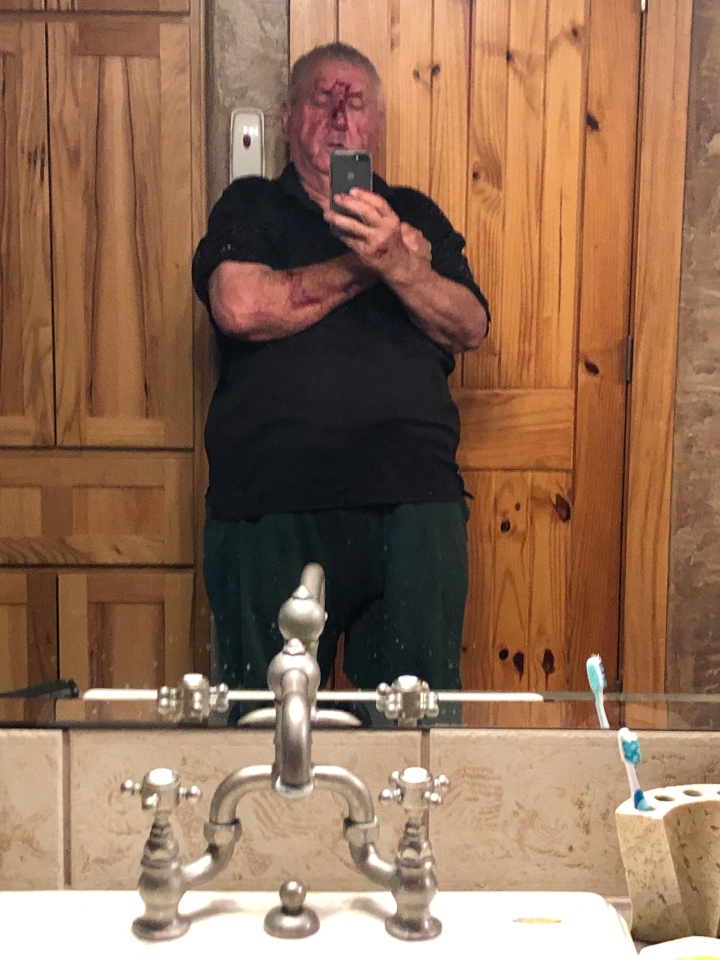 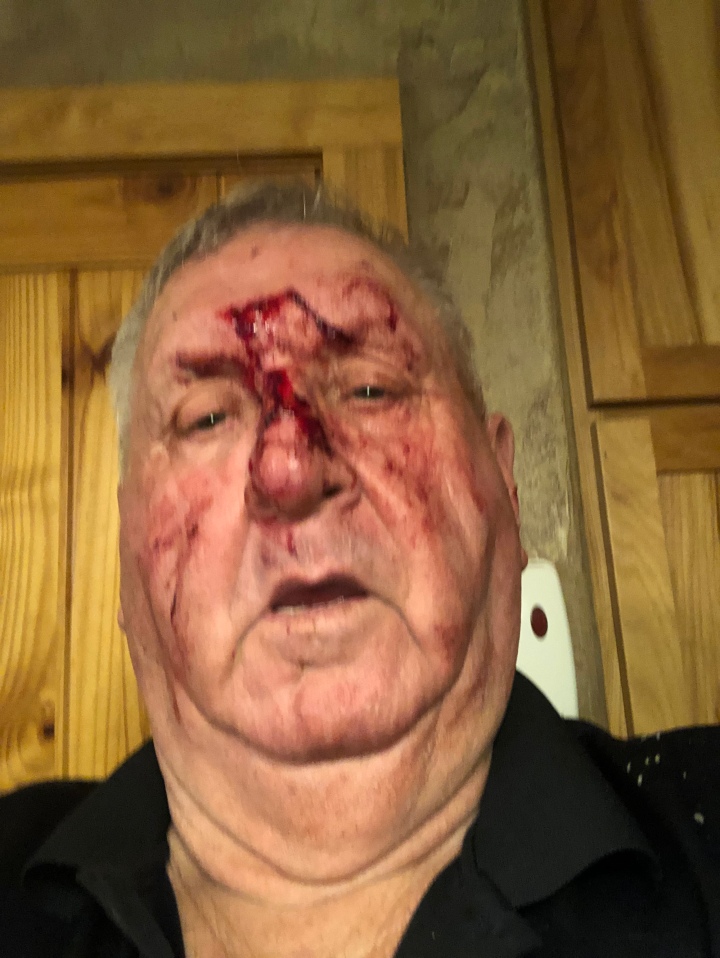 I tried to make him feel better by telling him he looked a lot better after he got cleaned up.

I’m just not sure how much better. 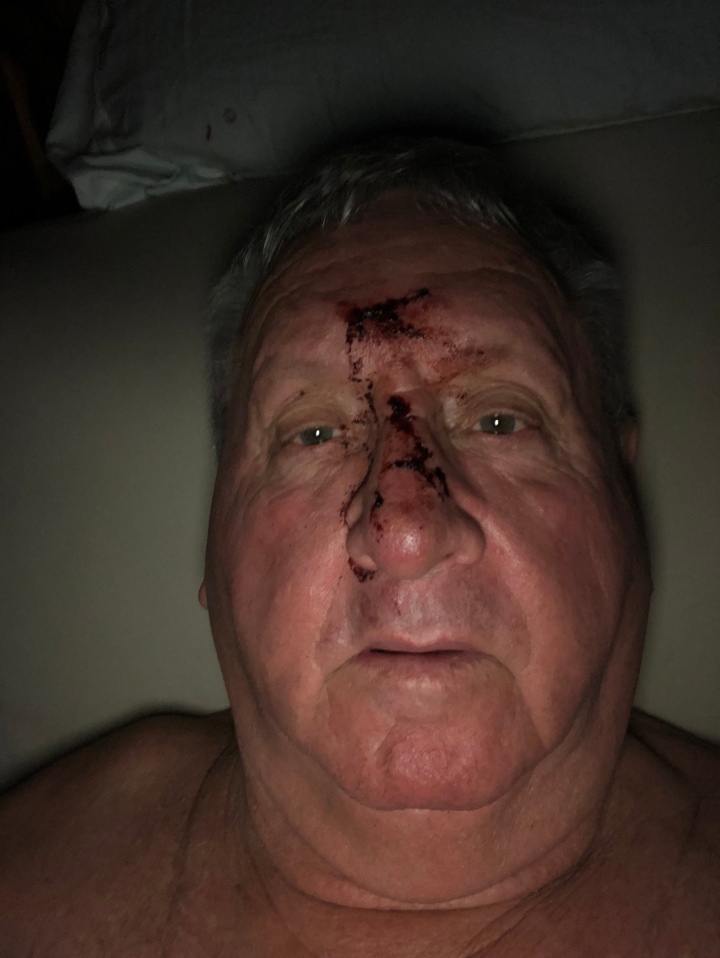 This incident caused me to think of yet another Kenny Lewis Story from a while back: