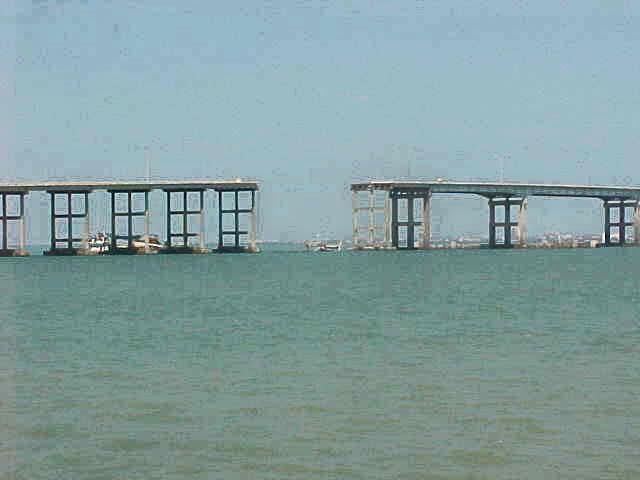 Four days after the horrific 9/11 attacks on this nation, Madeline and I decided to go to South Padre for a few days. I don’t remember if it was planned a way ahead of time or we, like so many, others just needed to go somewhere to reflect on what had just happened.

We owned a condo on the beach side, at about the mid point of the island at that time. We found so much serenity in going there, watching the sunrises and mostly enjoyed sitting and reading and hearing the waves constantly rolling in.

We had left late in the afternoon of 9/14/2001 to make the 7 hour trip from Bertram. It was nearing midnight when we rolled across the long expanse. We went right off to sleep after the long drive. We didn’t awake until late, maybe 9:00 AM the next morning.

We turned on the TV, to hear the latest on 911. Except 911 wasn’t the story that was taking up the airwaves that morning. The bridge, our bridge had been knocked out of commission. There was speculation that it may be terrorist related. There were so many unanswered questions.

I picked up my cell phone to call back up home. I couldn’t get it to dial out. I tried the landline. It was dead. Then it occurred to us that the bridge damage must have knocked out the phones. The fiber optics to the cell tower had also been severed. It wasn’t long before AT&T did some rerouting and was able to restore cell service.

One of our cell phones rang. The nervous voice on the other end was Kenny. There had been call after call made between our family members back home to see that we were okay. Everyone knew we were going but had no idea when we would have crossed the bridge. As it turned out, we were a couple of hours ahead of the calamity that occurred around 2:00 AM on the morning of 9/15/2001.

They all knew I was never far from my phone, regardless of the time. Why was I not answering? At that early time there was no way to know how many cars had plunged to the watery grave below.

The calls started being exchanged back home that we were safe and sound.

For the next 2 weeks we stayed there, patiently waiting for ferries to be transferred from Port A down there to start getting cars off the island. Of course they let any tourists go first, but that was several days in happening. They not only had to get the ferries there, they had to construct landings on each side.

The mayor would give briefings at the convention center daily to let people know about the progress. Many people where making demands. Most of those demands were so unreasonable considering the circumstances. Of course people acted like they were marooned on a deserted island. Anyone could leave by boat. But for people that we from far away, it was a hardship. But stuff happens.

Madeline and I really found it to be a different experience. People, the residence, where so helpful to each other. There were a few places to dine. They had boats running the help and supplies across to make the best of a bad situation.

The one little grocery store was able to supply us with the necessities. HEB was sending drinking water, bread and other things out to us, free of charge if we wanted it.

It was very fortunate that only those few people were lost. Given the time of morning and it being just after peak tourist season that was to thank for such a low count. 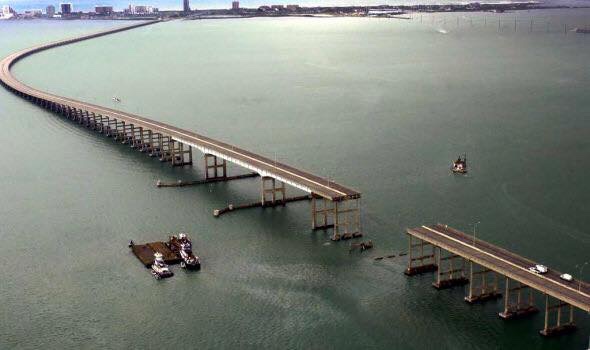 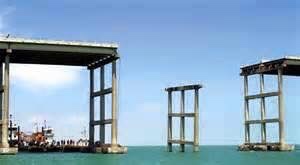