Once again Facebook and The Angora Chronicles came through. (June 9, 2016)

A couple of days ago, a letter showed up at the Marble Falls Post Office. It was addressed to the Post Master. In the letter was a note and eight photographs that were taken back in the 40’s.

The author of the note said she had an old friend, from childhood that she lost touch with and hadn’t spoken to in about 25 years. She gave the lady’s family name and her married name, as of 25 years ago. The 85 year old lady wanted help finding this person so she could have the pictures.

A friend and fellow Angora member thought I may just know this person, so she messaged me. I ask her to forward the letter to me and I would personally deliver it to the rightful person.

So this afternoon I got the recipients two daughters together and we took the letter and pictures over to Smithwick. Each of the photo’s had this special lady in them when she was only a teenager. Yes, Madeline Jordan Lewis, Shirley Jordan Benavides & Felipe Benavides were with me as we took this nice gift of pictures over to the girl’s mother, Maxine Gatlin.

A copy of the pictures and sweet letter from one friend, Mary Muldoon, about the other are below.

Before I left I found Mary Muldoon’s phone number and left it for Maxine. Max called me a little while ago to say that she and Mary had talked and are planning a reunion soon.

Thank you Wanda Walker for your part in making this story happen. 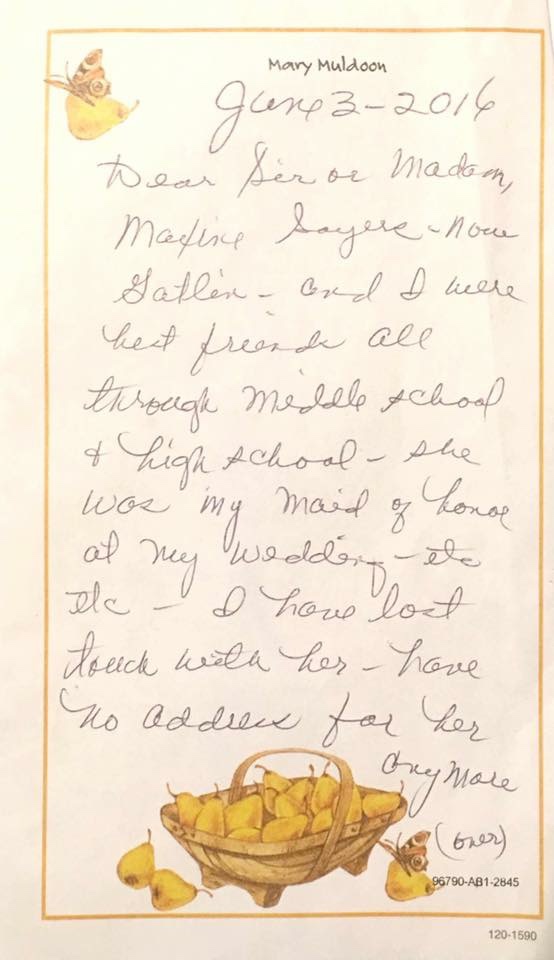 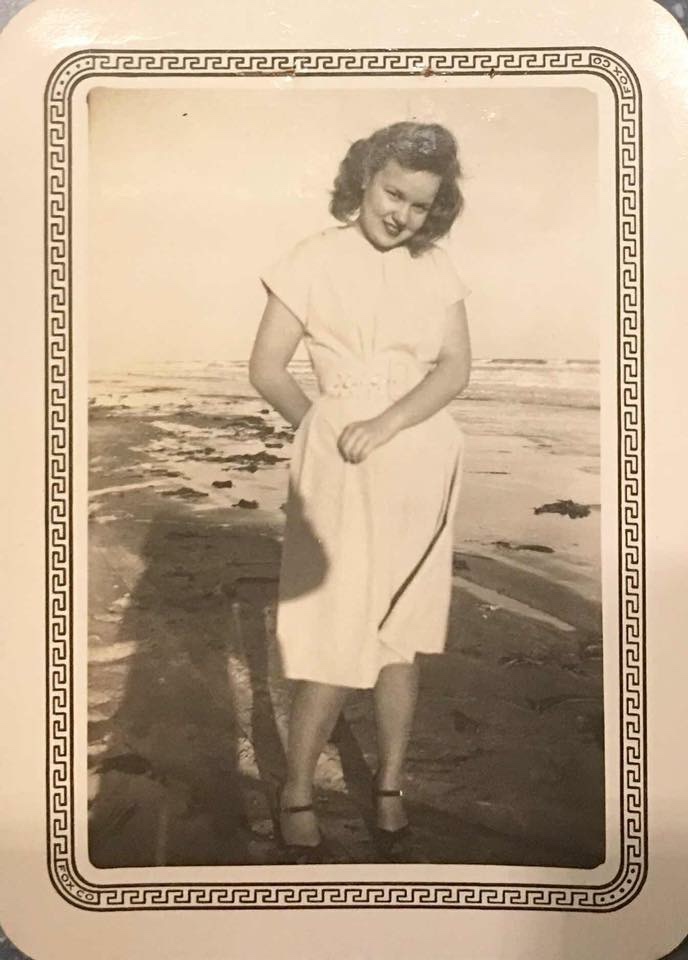 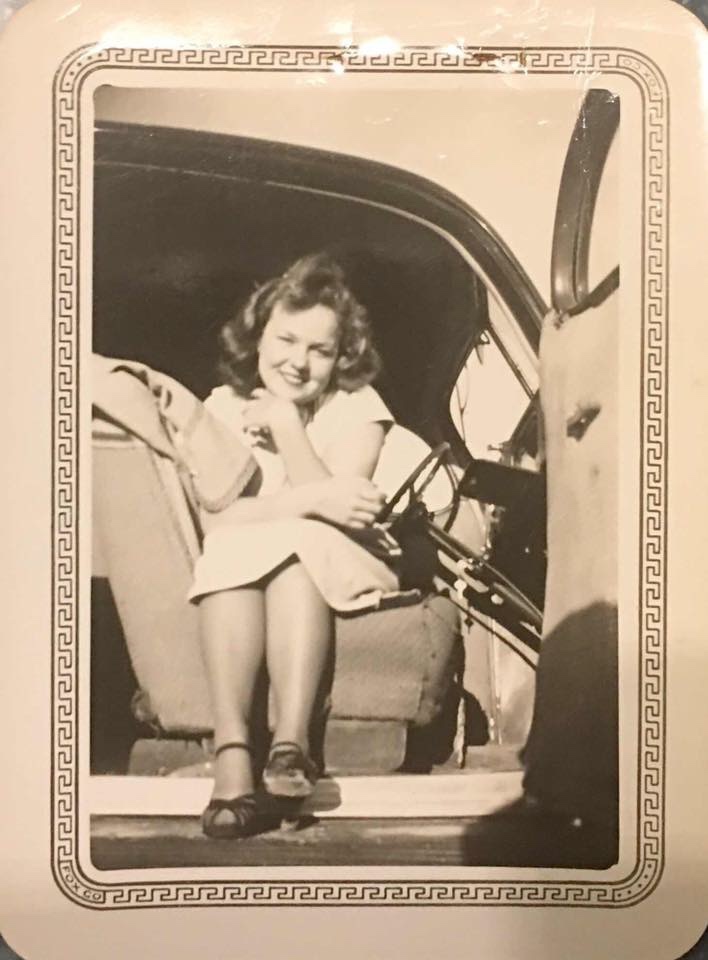 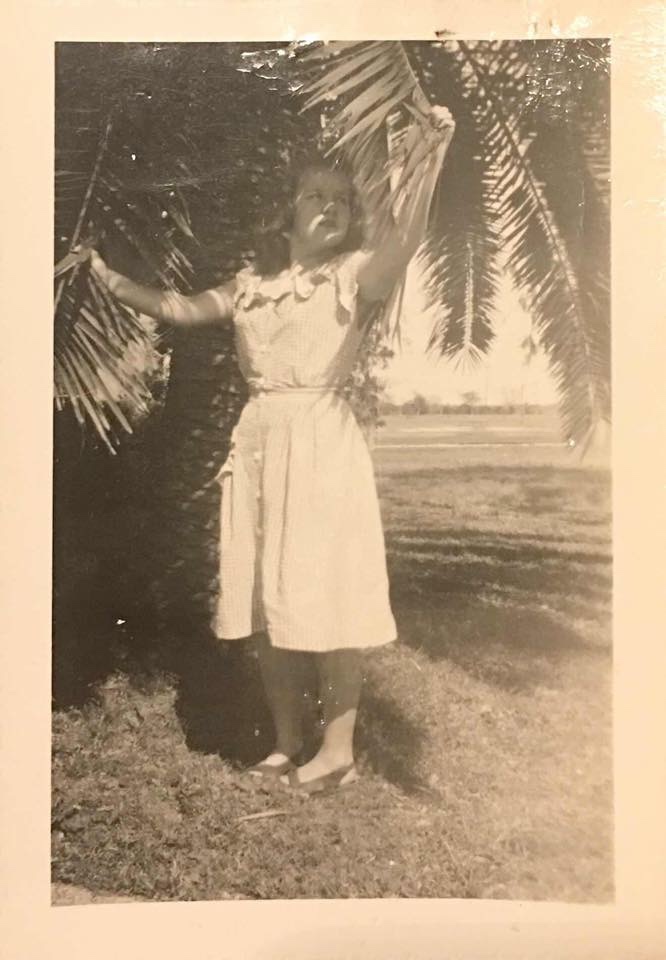 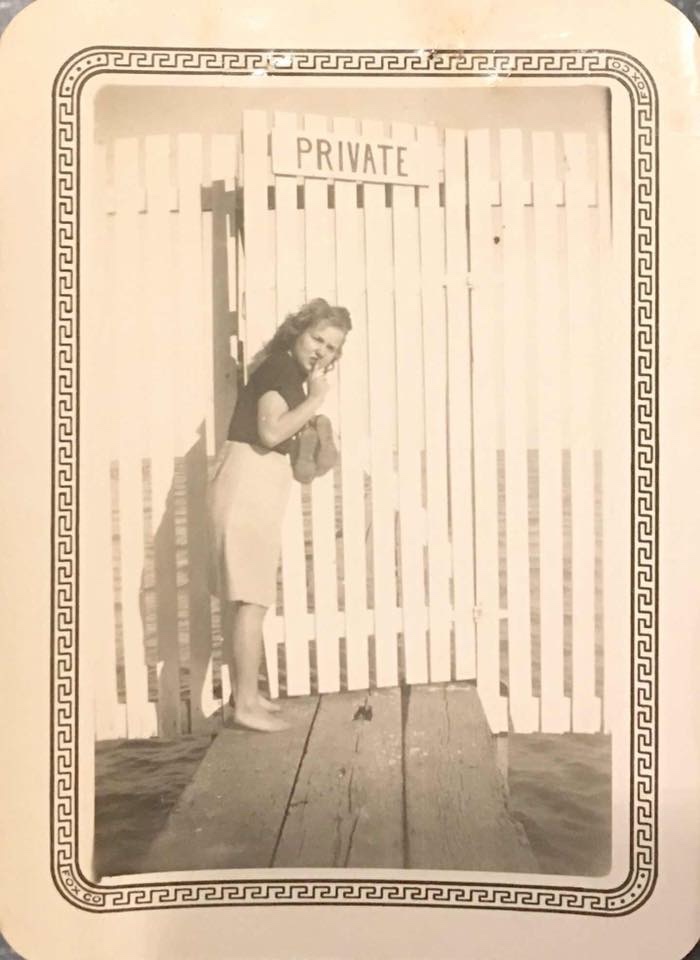 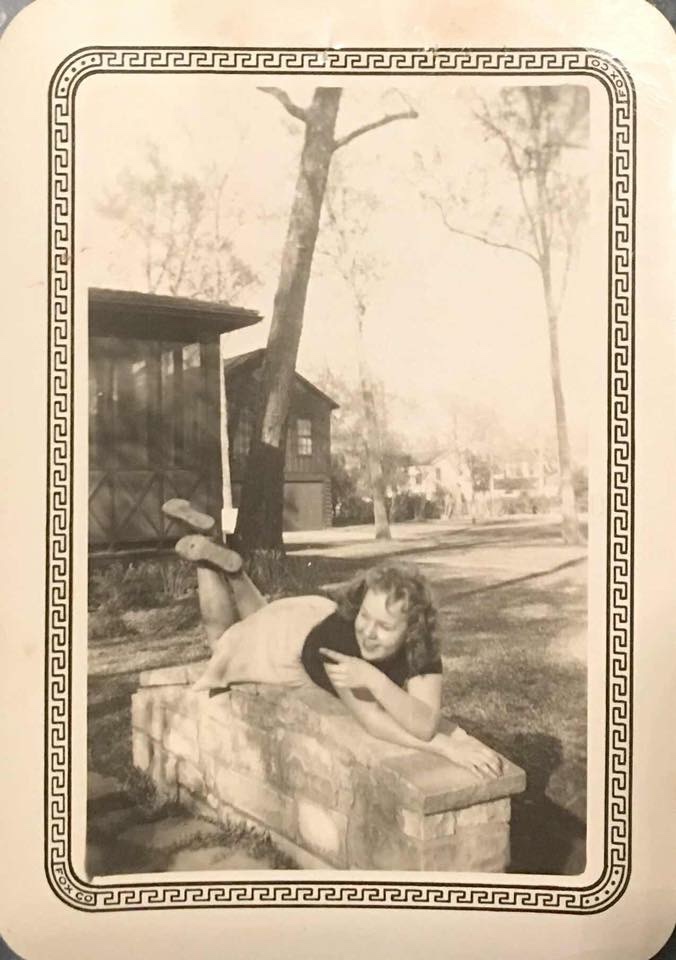 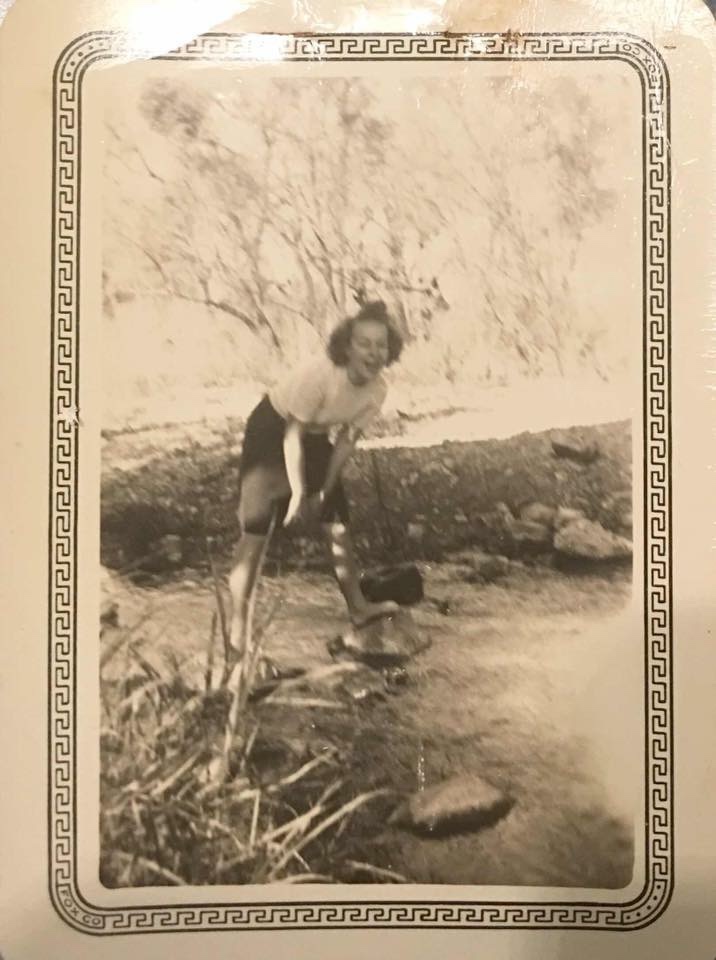 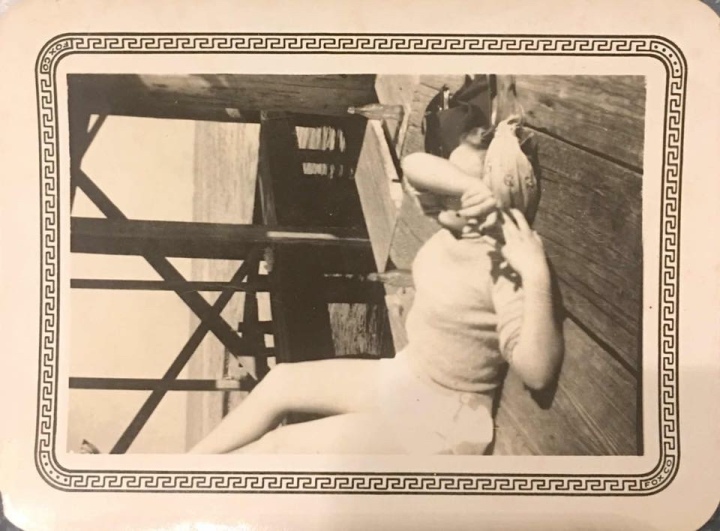 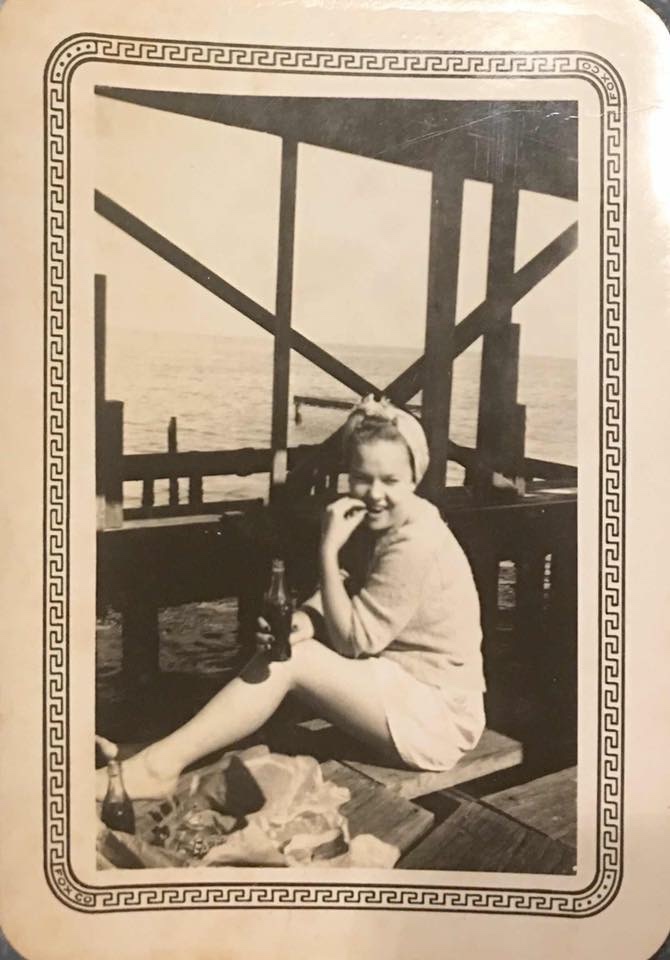